SheChange News... Finally! A weekly newsletter that brings you stories about older women - from artists to activists, making our world a better place.

"Aging is not lost youth, but a new stage of opportunity and strength" - Betty Friedan

Get the latest SheChanges direct to your email inbox each week!

Profile of the Week

This week, we’d like to introduce you to Ma-Nee Chacaby, a courageous two-spirited Ojibwa-Cree woman. Ma- Nee Chacaby grew up in a remote Ojibwa community, where she learned cultural and spiritual traditions from her elders. But she also experienced severe poverty, alcoholism, and years of sexual abuse. Her book – A Two-Spirit Journey is Ma-Nee Chacaby’s extraordinary account of her life as an Ojibwa-Cree lesbian. From her early, often harrowing memories of life and abuse in a remote Ojibwa community riven by poverty and alcoholism, Chacaby’s story is one of enduring and ultimately overcoming the social, economic, and health legacies of colonialism.

As a child, Chacaby learned spiritual and cultural traditions from her Cree grandmother and trapping, hunting, and bush survival skills from her Ojibwa stepfather. She also suffered physical and sexual abuse by different adults, and in her teen years became alcoholic herself. At 20, Chacaby moved to Thunder Bay with her children to escape an abusive marriage. Abuse, compounded by racism, continued, but Chacaby found supports to help herself and others. Over the following decades, she achieved sobriety; trained and worked as an alcoholism counsellor; raised her children and fostered many others; learned to live with visual impairment; and came out as a lesbian. In 2013, Chacaby led the first gay pride parade in Thunder Bay.

Ma-Nee Chacaby has emerged from hardship grounded in faith, compassion, humor, and resilience. Her memoir provides unprecedented insights into the challenges still faced by many Indigenous people.

Ma-Nee is a storyteller, a healer, a mentor for two-spirited youth, a teacher, a writer, a painter, and a respected Elder. Find out more about Ma-Nee, her life, her work, and her book here: http://ma-nee.art
And you can listen to an interview with Ma-Nee on one of our favourite podcasts, Wisdom at Work (formerly Grandmothers on the Move): click here Ma-Nee Chacaby

“What I have learned so far about aging, despite the creakiness of one’s bones and cragginess of one’s once-silken skin, is this – do it! By all means, do it!” – Maya Angelou

It's All About The Paint!

Graffiti for grannies? Yes, that’s exactly what LATA 65 is all about. In Portuguese, lata means ‘tin can’. But it also means ‘nerve’, and that’s something these “youngsters over 65” have in abundance! Their mission is to bring vibrant color to communities devastated by poverty, and at the same time bridge the generation gap and open lines of communication. Started in Portugal in 2012, this street art project has been so successful, it has toured and been replicated all over Portugal, as well as in the US, Brazil, Spain and Scotland. Learn more about
the graffiti grandmothers here.

Art not your thing? How about food? The Pasta Grannies project collects recipes for handmade pasta, a tradition that is sadly disappearing in Italy. Vicky Bennison finds and films grandmothers who have been making pasta this way all their lives, sharing their recipes and the stories of their lives. Find our more about this mouthwatering project here (and get a copy of their excellent cookbook), here: https://www.pastagrannies.com/  And then watch one of the fabulous videos on their YouTube channel – like this one about 101-year-old Concettina:

Ernestine Shepherd, 85, began bodybuilding with her sister at the age of 56. Since then she’s won two bodybuilding titles and run nine marathons. While Ernestine no longer competes, she continues to weight train, teaches fitness classes to other seniors, runs about 80 miles a week, and works as a personal trainer. Ernestine embodies the resilience and strength of older women, and we salute her! Want to hear more from Ernestine herself? Have a look at this YouTube video:

If you’ve ever seen an image popup on your screen, seemingly out of nowhere, you can be sure that it’s a scam! Hackers are getting more and more clever in the ways they are using to get you to click on things. They do it with email, they do it with popups that suggest you’ve got a security issue. Just know that if you ever get something that references a security issue with your computer or email, it’s most likely a scam. If you are asked to click on a button or link, DON’T DO IT! They are trying to trick you into giving them information that you don’t want them to have. As a rule, if you don’t recognize it, it’s probably a scam!

Take Some Time For Yourself

Having trouble staying focused while meditating? Maybe a guided meditation is for you.

We know there are many benefits to a regular meditation practice – our focus is improved, we’re calmer and feel less stress, and our sleep improves – but it isn’t always easy to sit with our thoughts alone. When that happens, try these guided meditations, developed especially for seniors: 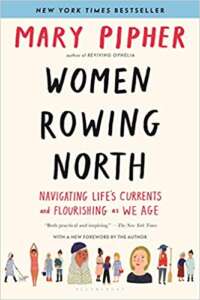 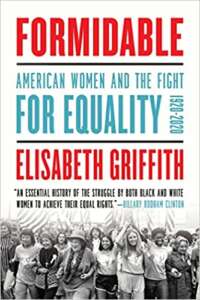 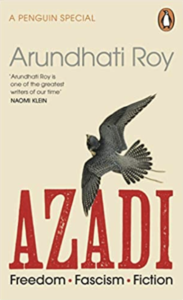 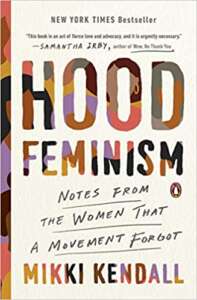 Get More of the SheChange News That Is Happening Right Now!

We hope you enjoyed this issue of SheChange News, and you’ll come back for more in the coming weeks. We want to talk about the things you care about – so please let us know what you thought of this issue, and what you’d like to see in future issues.

And, if you found this newsletter to be of value, please share it with a friend!

Get the latest SheChange News direct to your email inbox each week!

And, remember… “Aging is not lost youth, but a new stage of opportunity and strength”  – Betty Friedan

Send A Message to SheChange News

We want to make sure your newsletter doesn’t end up in your spam folder or your promotions folder, especially if you use Gmail.

One way to make sure that you receive your newsletter each week is to add our email shechangenews@shechangenews.com to your contact list.

Thank you SO much!

We look forward to providing you more great SheChange News!